The producer I was engineering for brought with him his Lexicon 960L reverb unit. What do you call this? Vintage digital? Modern Classic? It’s a a beast regardless, in the quality of its effects but also in its imposing 4u footprint and the ambient noise it spits out. The internal fans and especially the hard disk drive are very loud and without the luxury of a separate machine room here it was noisy enough that we couldn’t use it without distraction. I wanted to see if I could do something about that.

The 960L is a digital, 5.1 surround capable reverb and delay box released around the turn of the millennium. At time of release it was definitely the most sophisticated device of its kind, working at sample rates up to 96kHz. This one is spec’d out with all the available options I’m aware of, like digital or analog in, expansion DSP for multichannel operation and including the LARC2 remote control unit.

The LARC2 has 8 motor faders automatable via MIDI, a surround panner joystick and a colour LCD display. The screen doesn’t have the contrast or resolution you would expect from a more recent device but it does the job and would have been pretty impressive in 2001.

I brought the 960 home, propped it on my bench and had a look around. It was immediately obvious that the guts of the thing were not much different from a PC or server, save for the digital signal processing, AD/DA conversion and input/output happening on custom expansion cards. This was a great design choice. I think it must have brought the cost of manufacture and development way down, not having to custom engineer every board. Instead they could assemble these based on standard, widely available parts and adapt an open-source OS into a nimble control platform for their hardware.

The form factor they used (NLX) is esoteric and I had to do a little digging around to figure out how things fit together and why. Apparently NLX was common for a few years in the late nineties, used by manufacturers like Dell and Gateway in their ‘compact desktop’ models. I think that by the time the 960L was released it had already fallen by the wayside but you have to figure it took many years of development to bring these to market. Thankfully, the design team opted for a standard ATX power supply unit as this is one of the components I wanted to upgrade. There was nothing wrong with the original 250W PSU except for the little fan spinning at a high RPM was a bit noisy.

I used this modern, very quiet ATX power supply as a replacement. Rated for 650W, it’s far beyond what’s necessary to power the 960L but it was cheap, it fits in the case and the 120mm doesn’t need to spin very fast to move a lot of air. You can see that it is well ventilated as well. Since it will be working way under capacity, I expect it will operate at a consistently low temperature, guaranteeing many more years of use.

I removed the CPU heatsink and fan as seen above. Unfortunately I neglected to take a picture of the old ones. Afterward I cleaned off the crusty old thermal paste using a cotton swap and some anhydrous isopropyl alcohol.

PC fans have come a long way since the 90s. Demand from gamers and hobbyists has spurned the development of quieter, more efficient designs. Pictured above are extra quiet fans from Noctua on the side panel and CPU.  I replaced the heatsink with one that has a little more thermal capacity and used a resistor in line with the CPU fan to slow its spin rate a little. (I later confirmed with Lexicon’s diagnostic menu that the CPU was still running at a healthy temperature during use.)

After these steps I powered up the 960L and to my dismay, it was still unacceptably loud. I guess I’d forgotten just how loud those old spinning disk drives were in the 90s. I probably could have replaced it with a newer mechanical drive and gotten a tolerable improvement in ambient noise but searching on Amazon I found a solid state drive with the antiquated IDE controller and interface. Ultimately this is what I went with.

I started by removing the original HDD and cloning it to a disk image. I restored this image to the replacement drive and mounted the new drive to the old one using heavy duty adhesive velcro strips.

I had to use the adapter seen in the image above to connect the smaller 2.5″ laptop drive to the larger, desktop format IDE and Molex connectors.

And after all that it works a treat. I didn’t time it carefully but I do think it boots a little quicker now, reading from the solid state drive. I wish I could say that it’s imperceptibly quiet now but it isn’t. However it’s quieter than the Mac Pro tower used in the studio and definitely not putting out any more ambient noise than other fan equipped devices in our rack. Total cost in parts was about $300CAD. See below for a list of parts used. 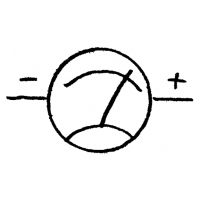